Self-made millionaire: “7 middle class beliefs that holding you back from getting super rich” 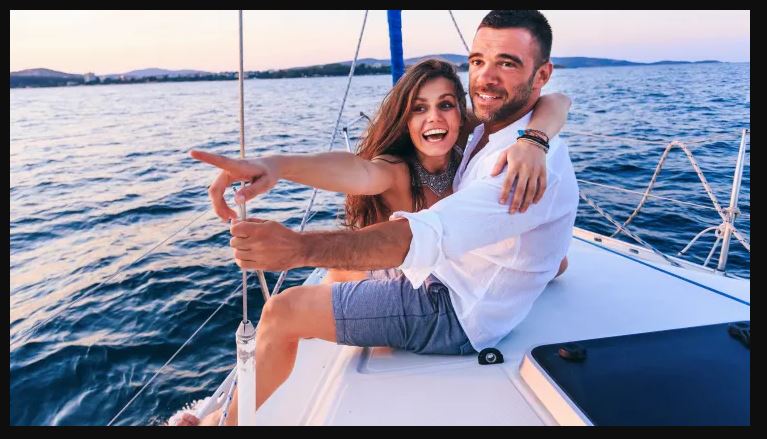 You’re probably familiar with the phrase: “The rich get richer.” But have you ever wondered why? I did. I wanted to understand why it felt so impossible to acquire massive wealth, so I spent 36 years studying and interviewing more than 13,000 multimillionaires and middle-class individuals.

I discovered that the super-wealthy have different beliefs, philosophies, and strategies than those who identify as “middle class.” Their secret to getting rich wasn’t in the mechanics of money; instead, their values and level of thinking generated it.

In other words, to be a rich person, you have to think like a rich person. Once I learned to embrace this concept, the money started to flow; I started my own business and eventually became a self-made millionaire. Here are some of the most common middle-class beliefs that may be holding you back from your earning potential:

1. ‘Working hard—even at a job I hate—will make me rich.’

Most people commit to jobs they consider “tolerable” and stick with them for years while simultaneously worrying about getting fired or dreaming of the day they finally retire. Why? Because they believe it’s the most effective way to get rich.

As Hadas Weiss, an anthropologist at the Madrid Institute for Advanced Study, argues in her book “We Have Never Been Middle Class: How Social Mobility Misleads Us”: ” [The] ideologies of the middle class seem inextricably linked to meritocracy — that our hard work gets us where we are; then, where we are must be protected to ensure that our value remains.”

The ultra-wealthy, on the other hand, believes in working for fulfillment. Once they find a job they love, they invest their heart and soul into it — so much that they become one of the best in their field and are rewarded with uncommon wealth.

Change your mindset: It’s possible to do what you love and get super wealthy doing it. Find a rich and successful person who is passionate about their job. Ask them how they got there. Get inspired.

2. ‘You can’t get rich without a formal education.’

The mass affluent know that financial success has little to do with your ability to memorize textbook information. Instead, they believe that gaining specific knowledge about how to invest or network with influential people substantially impacts their net worth.

Some of the world’s top billionaires have little formal education. Dell Technologies CEO Michael Dell — worth an estimated $32 billion, according to Forbes — dropped out of the University of Texas at Austin his first year when he was 19. And Apple co-founder Steve Jobs once said that dropping out of Reed College was “one of the best decisions” he ever made.

Change your mindset: Formal education does not guarantee success or wealth. If you love sales, for example, take an online course that will strengthen your skills in that field. Bill Gates has credited much of his success to reading 50 books a year. Ask a money expert to teach you about investing in stocks.

The average person believes being rich is a privilege awarded only to a few “lucky” people. Weiss puts it perfectly in her interview with Fatherly.com: ”[Most] people who identify as a middle class believe that whatever cards they’re dealt with, their efforts and investments in education, professional skills, homeownership […]” determines how much money they have.

“If [they] end up doing well, they trace their good fortune to those investments,” she continued. “If they don’t, they blame themselves for having invested poorly or insufficiently. It’s also how they judge other people’s situations.”

Meanwhile, the ultra-wealthy knows that in a capitalist country, they have the right to be rich if they’re willing to create massive value for others. They ask, “If I serve others by solving problems, why shouldn’t I get a fortune in return?” And since they have that belief, their behavior moves them toward manifesting their dreams.

Change your mindset: Instead of focusing on how you can save more money on groceries and bills this month, brainstorm new ideas that have the potential to fix a common problem.

Contrary to popular belief, money can be a force for good. Based on my interviews, most of the middle class have ideas and philosophies that suggest success and money turn people into greedy, corrupt, and uncaring oppressors.

But rich champions know that power, freedom, or liberation reveals a person’s true self. If you were a crook or a cheater before you got wealthy, you’d probably be even worse once you get rich. If you were honest, humble, and hard-working, you might become an even better person with expanded financial resources.

Change your mindset: If you always strive to be a kinder and more giving person, money will likely strengthen your good morals and characteristics.

5. ‘Playing it safe with your money is good.’

Middle-class people tend to operate with a scarcity mindset: They believe there will never be enough of something. As a result, they’re incredibly conservative with their finances; they fear that if they lose money, they won’t be able to make it back.

The rich get richer by using their money to make even more — without much additional effort. They factor in the risks involved in this strategy, knowing that while gains can be sudden and staggering, there will also be losses along the way. The multimillionaires of the world are constantly studying their investments —both the good and the bad. They know that the more experienced they become, the brighter they’ll get, and the easier it’ll be to replace money lost in high-risk deals.

Change your mindset: Increase your tolerance for taking risks by betting on yourself in undertaking a new venture, investment, or partnership. If you learn to trust your judgment, your confidence will grow.

5. ‘It’s more important to teach my kids how to save money.’

Solely focusing on saving money is the personal downfall of the masses. It’s not that saving is wrong, but the level of consciousness it originates from makes it dangerous. According to a 2018 T. Rowe Price survey of more than 1,000 young adults (ages 18 to 24), 30% said it wasn’t until they turned 15 that their parents taught them about money. And of that group, 82% said they mostly learned about how to save and be frugal.

Ultra-wealthy individuals always look for ways to double or triple their income to enjoy the “good life.” Then, they invest the remainder of their money in stocks, bonds, and real estate.

The rich people I interviewed see money as a dynamic medium of exchange for goods and services that should circulate and grow — and they pass that point of view on to their kids by teaching them to invest their pennies.

Change your mindset: Saving is essential. But set an example for your kids by emphasizing the importance of knowing how to grow your money, too. Show them that investing can be fun and that spending their earnings on things that make them happy is okay. You only live once, right?

Most people never accumulate massive wealth because they see money through the eyes of negative emotions. By the time the average person becomes an adult, they’ve been brainwashed into believing that just talking about finances leads to stress and anxiety — so they try to avoid the topic as much as possible.

The wealthiest people, however, see money for what it is and for what it isn’t — through the eyes of logic. To them, it’s simply a tool that presents options and opportunities. When strategizing how to make more money, they put their emotions aside and let reason be their guide. As the Irish writer Jonathan Swift once said, “A wise man should have money in his head, not in his heart.”

Change your mindset: Use your logic to dictate your financial strategy, and use your emotions to motivate yourself to stick to it.

7. ‘Being comfortable is more than enough.’

After several decades of sifting through surveys, interview transcripts, and studies, I’ve found that, more than anything else, the middle class’s primary goal is physical, psychological, and emotional comfort. But financially successful individuals learn early on that striking it rich isn’t easy and that the need for comfort can be devastating. They know to be comfortable while operating in a state of ongoing uncertainty.

“There’s a price to pay for getting rich, but if I have the mental toughness to endure the temporary pain, I can reap the harvest of great wealth,” one millionaire told me.

Meanwhile, the masses go out of their way to avoid doing things they don’t like, which is where the most opportunities lie in the early stages of building wealth. Rich people, however, are optimistic and daring.

Change your mindset: Achieving massive goals is never a walk in the park. Those who push forward get rewarded. Consider making a list of five things you must do today that may be uncomfortable but will get you a few steps closer to great wealth.

Steve Siebold is a financial expert, sales trainer, and author of “How Rich People Think” and “How Money Works.” He has consulted several large companies, including Johnson & Johnson, GlaxoSmithKline, TransAmerica, and Yamanouchi.