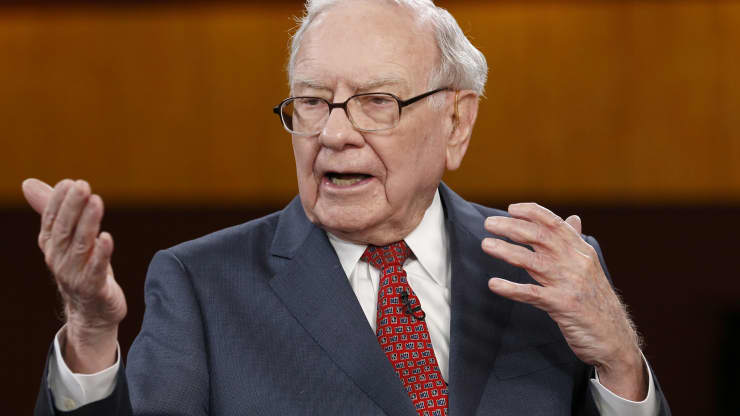 Legendary investor and billionaire Warren Buffett has a tip for young people: Focus on learning how to write and speak clearly.

“The one easy way to become worth 50 percent more than you are now — at least — is to hone your communication skills — both written and verbal,” says Buffett in a video posted on LinkedIn on Monday.

“If you can’t communicate, it’s like winking at a girl in the dark — nothing happens. You can have all the brainpower in the world, but you have to be able to transmit it,” Buffett continues..

“And the transmission is communication,” says Buffett, who is currently worth more than $86 billion, according to Forbes.    Billionaire entrepreneur Richard Branson agrees that being able to communicate effectively is critical to success.

“Today, if you want to succeed as an entrepreneur, you also have to be a storyteller,” the British businessman said in a 2016 blog post. “Of course, it is no use being a good storyteller if your product or idea is rubbish. But it is not enough  to create a great product; you also have to work out how to let people know about it.”

Hood and Buffett were heading to the Canadian Walk of Fame Inductee Gala together on Saturday, Hood confirmed to CNBC Make It. The young entrepreneur posted the video on Monday.

Hood, who is 22 years old, was Buffett’s escort for the day, “a once in a lifetime opportunity” for a young entrepreneur, Hood tells CNBC Make It. Hood was chosen via the start-up incubator he is part of, Next 36.

If you can’t communicate, it’s like winking at a girl in the dark — nothing happens.
—Warren Buffett, Chairman of Berkshire Hathaway.

Hood asked Buffett in the video, “What is one tip? So you are talking to people that are 21, 22, just graduating from school. What is one tip that you can give them?”

The advice is something Buffett has learned firsthand. “I was terrified of public speaking when I was in high school and college,” Buffett said in a BBC video, published in 2009.   “I couldn’t do it. I mean I would throw up and everything.”

When he was younger, Buffett took a public speaking course at Dale Carnegie, the workplace training and professional skills development organization founded by author Dale Carnegie.

“I have the diploma in the office. And I don’t have my diploma from college, I don’t have my diploma from graduate school, but I have got my Dale Carnegie diploma there because it changed my life,” Buffett says in the video. And it is this decision to improve his skills which Buffett now preaches. The octogenarian tells Hood, “Invest in yourself.”