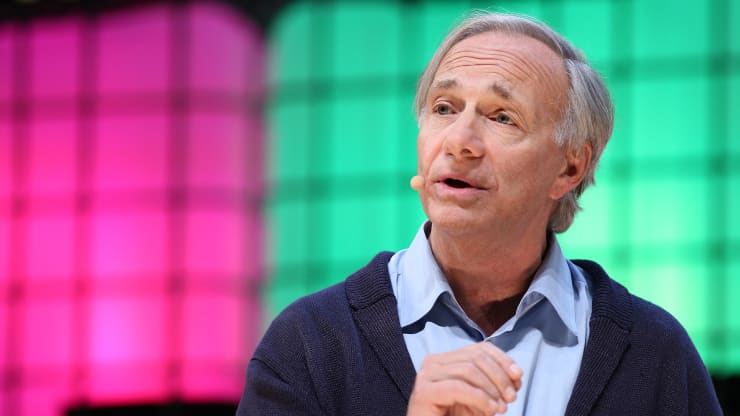 Ray Dalio is the founder, Co-Chief Investment Officer, and Co-Chairman of the investment firm Bridgewater Associates. He is also the author of The New York Times bestseller “Principles: Life & Work.” His newest book, “Principles for Success,” is an engaging and easy-to-read illustrated novel for those of all ages. Here’s his interview:—

Long before I reached success as the founder of Bridgewater Associates, the world’s largest hedge fund today, I faced several failures. But through my struggles, I was able to accumulate hundreds of principles. Principles are ways of dealing with reality to get what you want out of life — and they, more than anything else, are responsible for whatever success I’ve had in both my work and personal lives.

In my new book, “Principles for Success,” I share a handful of principles that I live by, but there are three in particular that I believe are especially essential and life-changing:

Think for yourself while being radically open-minded:—-
This is my first and most important principle. Unless you want a life that is directed by others and boxes you in, you must commit to doing two things: Deciding for yourself what to do and having the courage to do it.

Looking back on my life journey, I now see that time is like a river that carries us forward into our encounters with reality. These encounters require us to make difficult decisions. We can’t stop the movement down this river, and we can’t avoid the encounters. We can only approach them in the best possible way.

Ever since I was a kid, I ran after the things I wanted. I’d crash, get up, run again — and then crash again. Each time I crashed, I learned something new and became more open-minded. I also learned to view problems like puzzles that would give me rewards if I could solve them. The puzzle was “what should I do in this situation next time?” and the reward I would get by solving it was a principle that would help me in the future.

Dreams + Reality + Determination = Successful Life
If you stay focused on achieving your dreams, take responsibility for understanding the realities that affect you, and do that with determination, you’ll learn the principles for a successful life. But only you can decide what a “successful life” means. Maybe you want to be known as “The Richest Person in the World” or maybe you want to live under a palm tree for the rest of your life.

What you want is up to you — as long as you’re happy, healthy and having your  own great evolution (while also contributing to evolution). But you must embrace the realities that come with the path you choose, especially the difficult ones.

At first, my realities — my problems, mistakes, and weaknesses — caused me a lot of pain, mostly because I was stuck wishing I didn’t have them. After some time, however, I realized that the pain was life’s way of telling me I needed to reflect on my realities and how to best deal with them. That’s when I learned the next principle.

Pain + Reflection = Progress
My big failure came in 1982 when I bet everything on a depression that never came. The markets were very turbulent and I believed that the U.S. economy — with the world economy tied to it — was headed into a crisis. This was an extremely controversial view. I took a big risk and traded accordingly. But I was dead wrong. The stock market began a big bull run, and over the next 18 years, the U.S. economy enjoyed the greatest noninflationary growth period in its history.

Losing this bet was like a blow to my head with a baseball bat. I went broke and had to borrow $4,000 from my dad just to pay my family bills. Due to the losses, I was forced to lay off the people I cared so much about — until my company was left with just one employee: me. Being so wrong — and especially so publicly wrong — was incredibly humbling and cost me just about everything I had built at Bridgewater.

Losing this bet was like a blow to my head with a baseball bat. I went broke and had to borrow $4,000 from my dad just to pay the bills.
But in retrospect, that failure was one of the best things   that ever happened to me. It gave me the humility I needed to balance my aggressiveness and shift my mindset from thinking “I’m right” to asking myself “how do I know I’m right?”

You’ll experience this at some point in your life. You might lose something you think you can’t live without. Or suffer a terrible illness or injury. Perhaps your career will fall apart right before your eyes. You might think your life is ruined and there’s no way to go forward. But it will pass. There’s always the best path forward, though you might not see it immediately. You just have to calm yourself down and spend time reflecting to find it.