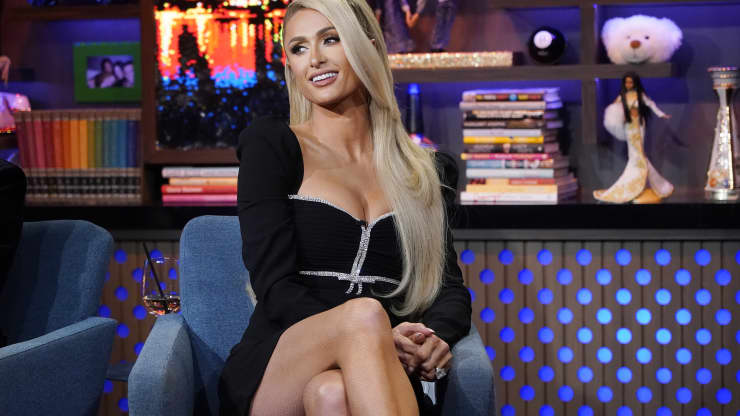 Paris Hilton knows the spotlight all too well.  As a teenager, the hotel heiress and reality television star was often tabloid fodder. After taking a step back, she most recently rebranded herself as a professional DJ and businesswoman, particularly in blockchain-related spaces like cryptocurrencies, non-fungible tokens (NFTs), and the metaverse.

Now at age 40, Hilton has some simple but candid advice for her younger self. “I would say to not be so trusting of some people,” Hilton tells CNBC Make It. “And always believe in me.” Hilton also says she’d remind her younger self that although she’d endure some “hard things in life,” those struggles would be worth it — because they could help foster change for others.

Over the past couple of years, Hilton has been outspoken about the alleged abuse she endured at a Utah boarding school as a teen, and how it’s taken a toll on her life ever since. “But now, I’ve taken back my power and become a businesswoman and a social advocate,” she says. “I’m using my platform for good and positive change.”

She felt that drive as a child, she says: Growing up as a “Hilton,” her family always instilled a certain work ethic in her. But her intense motivation to succeed has always come from wanting to make a name on her own, “and not be known as the Hilton hotel brand daughter,” she says. “I wanted to be known as Paris.”

Her need to create her brand — separate from the Hilton family’s legacy — only deepened after the alleged traumas she experienced at boarding school, from being sent to solitary confinement without clothes to having staff members watch her shower. ″At a young age, I always thought of success as freedom and independence and not having to ask anyone for anything,” she says.

Early in her career, Hilton helped pioneer the age of reality TV. Now, she hopes to help push her blockchain-related work into popular culture by relying on two familiar traits: a sense of personal authenticity and an ability to spot future trends.

NFTs are one example, she says: In the traditional art world, artists rarely profit from secondary sales like they often do with the digital art form. The result is a long overdue redistribution of power back to creators, she says — which is why she calls NFTs “the future of art.” “I’ve always been someone who has been ahead of my time,” Hilton says.