10 things I wish I knew before I became a millionaire! 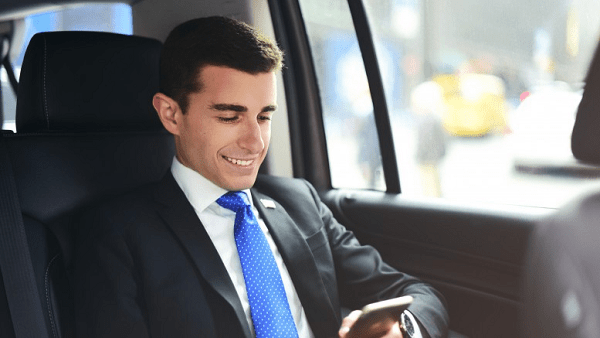 My name is Richard Lorenzen. I am a multi-millionaire and founder and CEO of Fifth Avenue Brands based in the US. The journey to wealth has not been easy at all. When I started                            my company eight years ago, back when I was a student, I had no idea of the learning curve I would face before I might make it.

Today, as I continue to run my firm as well as speak to and advise other startups, I continually go back to these ten lessons I learned through direct experience (many times, the hard way) and through helping other companies avoid the same mistakes.

1. If you don’t start delegating as soon as your budget allows it, you will burn out fast.

One of the most important lessons for me as a founder was that you need to spend as much time as possible, as soon as possible, in building teams. You may be able to last a year or so as a one-man show.

But if you’re seriously growing your business, you will not be able to wear all of those hats on your own. You can only hoard your cash and keep your overhead low for so long. Start reinvesting into team building and the dividends will multiply.

2. Shoot for goals that are 10 times bigger, and believe in them.

A lot of times, it takes just as much effort to close a small deal as a big one. The only barrier is your thinking. Further, if you build your business plan around a goal that’s ten times larger, and take that much more action, it’s a lot more likely that you will hit and surpass your original goal anyway.

In almost every case, the stuff that you least want to do is the stuff that is most important to do. I learned very early on that I needed to suck it up and do those boring/hard/not-fun tasks if I was ever going to move the needle.

Even when you delegate what you’re weak at, you still end up with something on your to-do list you don’t want to do. This is what separates the best from the rest.

4. There are some things you shouldn’t do.

I spent a lot of time, in the beginning, doing tasks that I shouldn’t have been doing simply because I tend to be a taskmaster and perfectionist.

Now, each morning, I review my to-do list; and if there is something there that ultimately isn’t necessary and consequential, I either delegate it or eliminate it. Focus on the top two-to-three areas where you can make the most impact on your business.

5. Watch out for information overload.

I love to read, and I read a book per week. But I’ve also learned to be careful about overloading myself with too much information. There are a thousand books about everything out there. Find a few high-quality sources of information that serve you and drill down on them.

Read them over and over and immerse yourself in them. Implement what you learn and then move on to your next source. Don’t get lost in the bog of information out there to the point that it keeps you from taking action.

You’ve got to know why you’re doing this, and it can’t just be money. There needs to be a reason beyond financial goals that pushes you to get up and do this every day.

Building a company is hard, and lots of obstacles will make you want to give up. You need to have a reason for hanging in there that is much bigger than the problems you are going to face every day.

7. Recognize that many wins were originally far-fetched ideas.

Whether it’s that potential client that you are unsure about contacting because he or she is out of your league, or that marketing campaign you never thought could work, just do it (while managing your downside) and let results dictate what’s a good idea or not.

The only way to improve anything is to measure it every single day. Why? Measurement brings clarity and awareness.

9. You need only one service/product.

When you are a fledgling company (and especially if you’re an agency), don’t waste time, money, and effort trying to offer 20 different services. Sell one service and become the best at it. Down the road, an expansion will be much easier when you have the cash.

10. Keep in touch with everybody.

Always look at every contact as a relationship, and not just a transaction. Keep in touch with as many contacts as possible regularly.

Send personal notes, articles you think they’ll enjoy (such as this one!), and holiday greetings. Relationships are critical to long-term success. Richard Lorenzen.