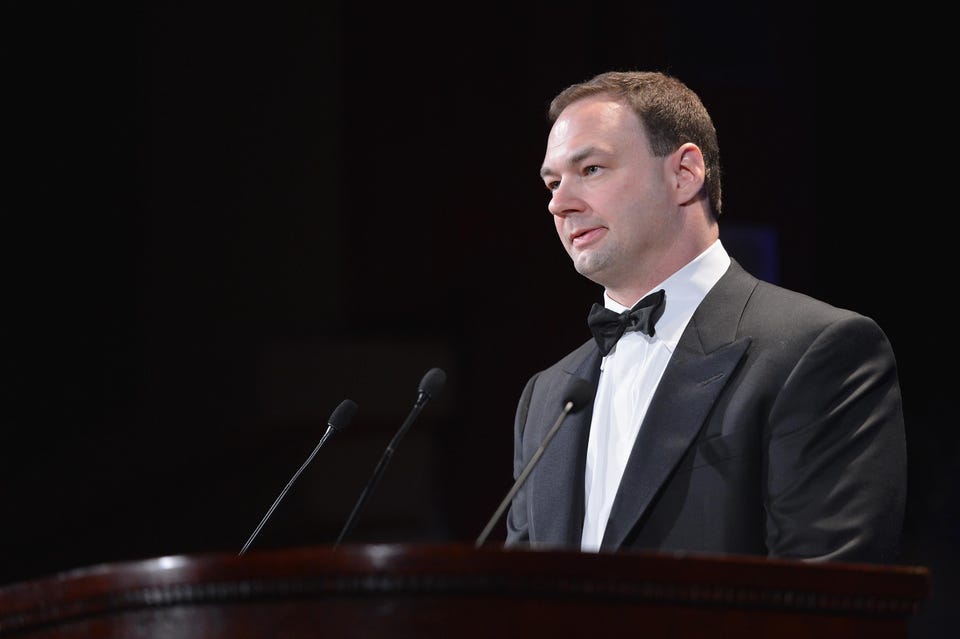 This story is part of the Behind the Desk series, where CNBC Make It gets personal with successful business executives to find out everything from how they got to where they are to what makes them get out of bed in the morning to their daily routines.

“I am truly one of the luckiest people that I have ever heard of,” says self-made billionaire Thomas Tull. 51 years old Tull, maybe best known as the founder and former CEO of Legendary Entertainment, which co-produced a slew of Hollywood blockbusters including “Jurassic World,” “The Hangover” and “The Dark Knight.” He sold the company in 2016 for $3.5 billion.

He’s also the founder of Tulco LLC, an investment holding company that invests in AI, and he is a minority part-owner of the Pittsburgh Steelers. But what people may not know is that Tull got his start running a chain of laundromats and auto repair shops in his hometown of Endwell, New York before making his fortune, buying and selling several tax and accounting offices in the late ’90s.

Tull says he always wanted to become an entrepreneur because he wanted to see if his ideas would work. “It’s a powerful feeling to have an idea and watch it come to life,” Tull tells CNBC Make It. Tull is now worth an estimated $2.9 billion, according to Forbes. Here, Tull talks to CNBC Make It about becoming rich, how Warren Buffett changed his thinking, and more.

When I was growing up, I had a very eclectic group of friends because I was an athlete. But I was also pretty good in school and I loved science. Then I played the guitar and loved music. I had all these different pockets of people with different interests. Intellectual curiosity is how I’m wired.

My very first business [in the early ’90s] was an auto repair center. And to this day, I can’t even change the oil in a car. But I lived in an economically challenged area, so rather than buying new cars, people repaired things. The repair center was going out of business. I think most of the equipment that was in it was going to be repossessed.

I [told the equipment owners], ’Hey, you’re gonna have to take it and sell it for pennies on the dollar. Why don’t you just keep this together and let me see what I can do with it? Everybody is also fascinated by the coin-operated laundry chain that I had.     Through my 20s those were some of the businesses that I had. That’s kind of how it started.

On becoming rich: ‘It’s a constant learning experience’
I certainly didn’t have any experience with [money]. So, I tried to emulate what I saw from different people I had exposure to at that point who had money and seemed to have their act together. But it’s a constant learning experience, at least, for me. One of the things that hit me was the freedom that money affords. Because if you grow up very poor, which I did, and all of a sudden you have the means to make some of your own choices and not feel like you’re locked into [a job] — I felt like it was powerful.

And I kind of smiled, and he said, “No, I’m dead serious. We try to think about what’s the dumb thing that would put us in harm’s way. And is this too hard?” I thought deeply about that because I was always thinking in the direction of, how can you be faster, better, and smarter? Which I think is important for innovation. But now I hear [Buffett’s] advice on every situation that matters and say, “OK, what’s the dumb thing you could do here?”

On advice for the next generation: Learn to ‘take in other people’s points of view’
First of all, truly know yourself. Take the time to understand what you’re good at, what you aspire to, and what makes you happy and fulfilled. The second thing is to be engaged and informed. The U.S. government works off the back of informed citizens. If you are going to vote and choose your leaders, you need to be informed. The problems we’re facing today are complex and they can’t be worked out on a bumper sticker.

I spend a lot of time reading different subjects, listening to podcasts, and exposing myself to other ideas, like reading arguments and articles that I don’t agree with. Because I think that’s a skill set, rather than just saying, I’m going to tune you out. I think being able to take in other people’s points of view that you disagree with is an important thing.

Make sure that your emotional quotient is as high as it can be. Understand how to work and communicate with people, constantly ask yourself about who you are, what your skill sets are, and constantly reassess what you’re doing. Then find out what niche you can occupy that can become important and indispensable.