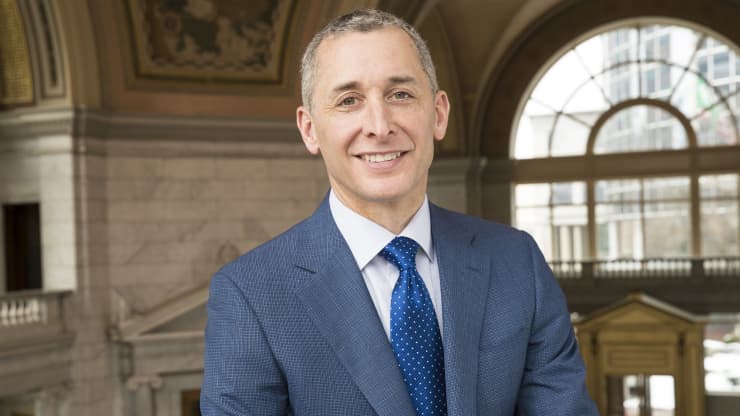 Jones, who has served as the chairman and CEO of Buffalo, New York-based regional bank M&T since 2017, is currently one of only four Black CEOs in the Fortune 500. He started there as an executive associate in 1992 overseeing its 17,000-plus employees and market valuation of $23 billion.

Over time, he says, he’s learned to lean into his own story as his “secret weapon” — sharing it with employees has helped him form deeper and more meaningful workplace relationships. Growing up with five siblings in a biracial family, for example — especially as the lightest-skinned of his siblings — taught him not to form stereotypes about people early on.

Jones says detailing his background, both personally and professionally, helps his employees find “commonalities” with him. “It will take conversations and relationships to a different level,” he says. “That was a turning point for me.” Here, Jones discusses growing up in a biracial family, how stereotypes affect him in the workplace, and the secrets to his career success.

On growing up in a biracial family: ‘I think that helped me be aware of stereotypes
I grew up in Ayer, Massachusetts, near Fort Devens, a military base. My dad is African-American. In 1941, he decided to join the army early at age 17.   He went overseas and met my mother [in Belgium] at age 19. She was 17. They decided to come to the U.S. in a mixed-race marriage in 1946.

Now, consider what we know about that period — 1946 through the 1960s. When I tell my story, I typically never talk about that. Then, people tend to open up and ask questions differently than they might have requested. It changes the possibilities of our relationship.

I’m the youngest of six kids with an 18-year-span. We cover every shade of the light-to-dark spectrum in terms of complexion. And with the military base nearby, your friends come from worldwide. My friends were from Samoa, the Philippines, Korea, Barbados, and all over. That helped me be aware of stereotypes and things that put limits on people.

How stereotypes affect him: They could be your ‘biggest secret weapon.’
You can see stereotypes differently — sometimes as a limit, but sometimes there’s an opportunity. It was very common for me to be in one setting, which was predominantly African-American, and actually be seen as a bit of an outsider. And the opposite was true, as well. Someone would point out my brother and his race or one of my sisters’ race   when they didn’t realize we were family. It made me think a lot about the assumptions that we make about people. You never really shake that.

Oftentimes, we think about stereotypes as a burden or crutch. But stereotypes come in all forms. It could be a race. It could simply be that I think you’re an accounting major, so that’s all you can do, right? I learned over time that [those limits] could be your biggest secret weapon. People have an impression of you or have limits about you. Your ability to embrace their perceptions allows you to surprise people and hit the ball out of the park in ways that people just don’t expect.

It feeds into my curiosity. When I meet a young person who’s joining our firm, I am super curious about everything they know. What their possibilities are. How they want to   change the world. I know that their perspective is going to be very different from my own. If I can spend some time in that space with them, I can learn and become stronger.

On his career turning point: ‘You have to tell your story
Early on at M&T, maybe 20 years ago, they decided for some reason that they should get me a [career] coach. On the fourth session, [the coach] called me up and said, “OK, I’m done here. There’s no more to do here.” I said, “What do you mean, we just started?” And he said, “It’s really simple. People don’t understand you.”

He said, “It’s as if you were sitting in a large room, and someone pulled the fire alarm. Everybody would run out. The last person would look back, and you would be sitting at your desk very calmly. You’ve seen more things in your life that are much more shocking than the pulling of the fire alarm.”

And I said, “OK, so what am I supposed to do about that?” He said, ’You have to tell your story. Just tell stories about how you grew up and where you came from.” People telling their story is a huge asset — for not only the individual but the company. If they tell their story, they are going to find more commonalities than not. It will take conversations and relationships to a different level. That was a turning point for me.

On what makes him stand out as a leader: ‘I spend about 35% of my energy trying to stay calm’
My colleagues have often said to me that I’m the guy who looks around corners. I can look forward, look back, look at history and then begin to start thinking about what we’re likely to face in the future. I also have a keen sense of trying to take something fairly complex and explain it in plain English. I think those two things, together, have been a big asset for me.

I spend about 35% of my energy trying to stay calm. It takes that much. A couple of months ago, we were working on    something that wasn’t going as exactly as we wanted it to. I needed something from somebody outside the firm. I was up to about 50%, and if it goes over that, what’s the point?

[As a leader] you have such an amplifying effect. If you are excited about something, or if you are worried too much, that becomes contagious. My [goal] is to be the temperature setter for the organization.