Billionaire Bill Gates warns against investing in crypto, “If you have less money than Elon, watch out” 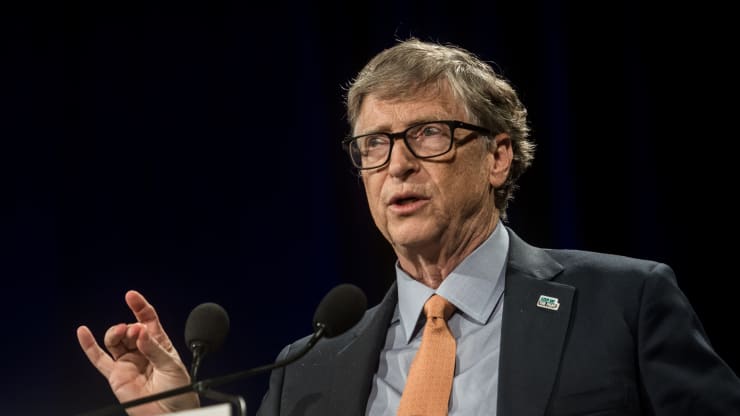 Plenty of celebrity and tech icons have hopped on the Bitcoin train. Don’t count Bill Gates among them.  In a resurfaced interview from February 2021, the billionaire Microsoft co-founder told Bloomberg Technology that he was wary of the frenzy over Bitcoin, mainly because the value of the cryptocurrency could be swayed by something as simple as a tweet from Tesla CEO Elon Musk.

“Elon has tons of money, and he’s very sophisticated, so I don’t worry that his Bitcoin will randomly go up or down,” Gates said. “I think people get brought into these manias who may not have as much money to spare, so I’m not bullish on Bitcoin.” He added, “If you have less money than Elon, you should watch out.”

Musk — the world’s richest person, with a net worth of $233 billion, according to Forbes — is notably a Bitcoin fan, tweeting about it as recently as Wednesday morning. But Gates said his fellow tech billionaire was merely an example of why he’s turned off by everyday Bitcoin use.

Specifically, Gates said he’s primarily concerned about the lack of regulation around cryptocurrency. He highlighted two of the main risks associated with Bitcoin and other forms of cryptocurrency: They’re decentralized and highly volatile. ″[Bitcoin] happens to promote anonymous transactions,” Gates said. “They’re not reversible transactions.”

Gates said that the Bill and Melinda Gates Foundation actually “does a lot in digital currency,” but only when “you can see who is making the transaction.” He said, “digital money is a good thing,” especially when it comes to funding poorer countries and   getting “money out to their citizens very, very efficiently.”

Those are essential areas: Crypto experts often warn that altcoins, in their current state, are at high risk for fraud — and that they can gain and lose value very quickly, making them deeply unreliable as investments.

“Be very careful about how much you allocate and understand what you can tolerate,” Douglas Boneparth, a certified financial planner and president of Bone Fide Wealth, told CNBC Make It last year. “Because if 80% of your net worth is tied to bitcoin, and it goes down 30%, that’s rough.”