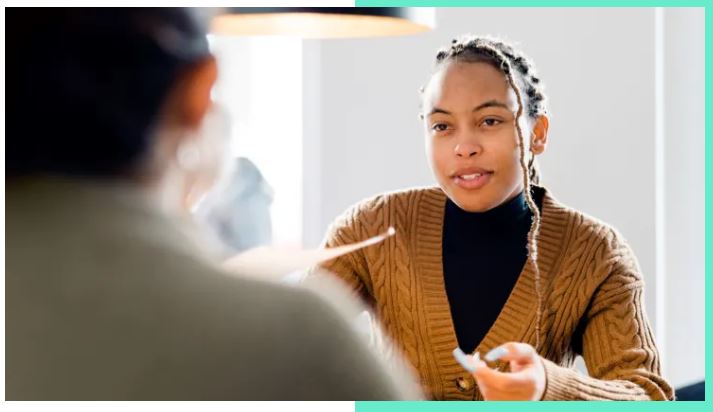 Getting a recruiter’s attention can be challenging if you’re applying for a job. According to CareerBuilder’s report How to Create the Perfect Resume, nearly a quarter, 24% of hiring managers spend less than 30 seconds looking at each resume.

That being the case, avoiding resume-writing faux-pas is critical for moving past that first stage and getting them to consider you as a candidate. “Reading a resume is like reading an essay,” says Gorick Ng, Harvard career adviser and author of “The Unspoken Rules.”

“All the words that your English teacher in grade school told you to avoid using, you can expect to be the same when it comes to a resume.” According to career experts, here are six specific terms to avoid using on your resume.

Adjectives like ‘really’ or ‘very.’
Adjectives like “really” and “very” are pretty empty, says Ng, and don’t add much meaning to your bullet points. “Just jump straight to the verb,” he says. “It’s more impactful that way.”

Vague titles like ‘intern.’
Similarly, vague titles like “intern” or “manager” don’t give a sense of what you were doing in the role. “Give us some more specifics around whether you’re an operations intern, a social media intern, a design intern, etc.,” says Ng.

Self-assessments like ‘detail-oriented.’
“You can’t be your judge,” says Ng, adding that these assessments give hiring managers a “chuckle.” “You need to let your nouns, verbs, and numbers stand on their own and speak for themselves,” he says.

If your resume has no typos or spelling errors, it helps prove that you’re detail-oriented. If you give specific examples that show how much you improved your team’s sales numbers, it proves you’re hardworking.

Jargon that is specific to your company
“Let’s say you work in a leadership development team, and you call it LDT,” says Vicki Salemi, career expert at Monster. “Just write out the words ‘leadership development team.’” To begin with, you can’t assume the recruiter or HR person reading your resume will know what the acronym or abbreviation means. And second, says Salemi, when you apply for a job within a given company, all the recruiters in that company now have access to your resume.

While you may not ultimately be a fit for the role you’re applying to, you could be a fit for another one down the line. But using jargon that an applicant tracking system or an HR person doesn’t recognize could make it hard for either to find you in the future.

Trendy words like ‘ninja.’
“Avoid words like ‘ninja,’ like a ‘copywriting ninja,’” says Salemi. Just write “copywriter” if that is your role. As with avoiding company-specific jargon, “I would think about what is searchable,” she says. “What is something other people would know exactly what it is.”

‘References available upon request
“That’s assumed, and it’s going to take up valuable real estate on your resume,” says Salemi about the term. Instead of writing that in, come up with another bullet point in a previous job that proves what you’ve been able to accomplish.

Ng recommends using what he calls the “stranger off the street test when writing your resume.” “Read every line, read every bullet point,” he says, “and ask yourself, ‘would a stranger understand this?’”