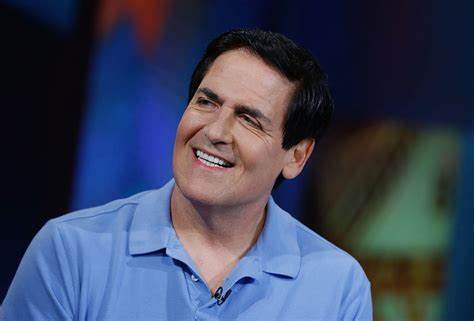 When you hear the name Mark Cuban, you automatically think of big money and success. But life wasn’t always so easy for the Dallas Mavericks’ ardent owner. Born and raised in Pittsburgh, PA, Mark comes from a working-class family that didn’t always have high hopes for this aspiring entrepreneur.

Even at a young age, his mom recommended he learn how to lay carpet because she was concerned about his future. By now, Cuban has proved his mom wrong many times over. However, one thing has always been the same — his hustler mentality. Cubans sold baseball cards, stamps, and coins, always having an iron in the fire.

This work ethic came in handy after college. Cuban couldn’t keep a job, and the self-proclaimed “tech geek” decided the only logical move was to start his own company called MicroSolutions. The risk paid off, and in April of 2000, they closed a deal with Yahoo for $5.7 billion in Yahoo stock.

Cuban’s next big financial move had its critics. He paid $285 million for the Dallas Mavericks, the most significant price paid for any sports team ever at the time; and for a team that didn’t have the best reputation. But Cuban was able to turn that around quickly. Since signing on, the team hasn’t had a losing record (until this season) and even won the NBA Championship in 2011.

As the father of three young kids, Cuban cares deeply about young people and is always looking for a way to share the lessons he’s learned on his path to success. He recently headed back to Pittsburgh to visit his alma mater, Mount Lebanon High School, to talk with students and hopefully inspire them to follow in his footsteps.

From Cuban himself, “I love entrepreneurship because that’s what makes this country grow. And if I can help companies grow, I’m setting the foundation for future generations. It sends the message that the American dream is alive and well.”