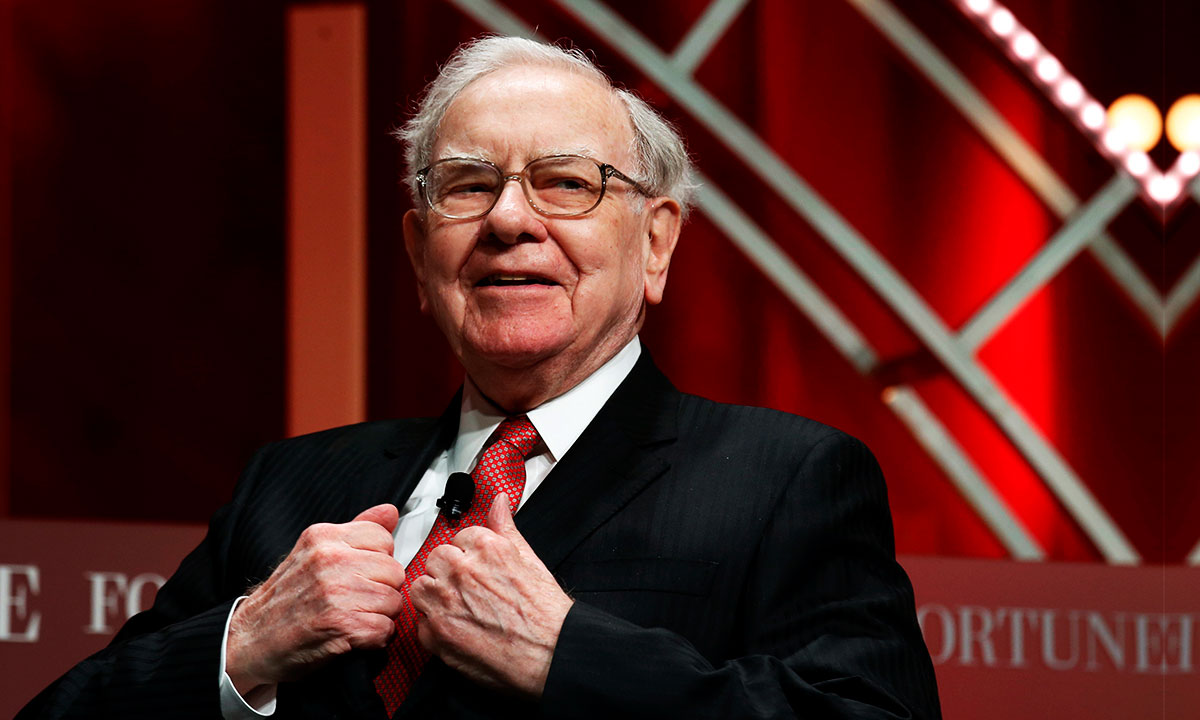 “If you don’t find a way to make money while you sleep, you will have to work until you die.”

Doesn’t that sound familiar? Yes, this quote has been said by Warren Buffett. We have covered many interesting business people and entrepreneurs on our website. But very few are as famous and legendary as Warren Buffett.

Born during the Great Depression, Warren Buffett went on to become world-famous for his wealth and investment savvy. He’s a stalwart of value investing and the traditional cornerstone of investment. As a result, he was named the wealthiest person on the earth in 2008. Currently, he is the 6th richest person on the planet.

Warren Buffett is called an American business tycoon, philanthropist, and investor. He is the chairman and CEO of Berkshire Hathaway, which owns more than 60 companies, including insurer Geico, battery maker Duracell and restaurant chain Dairy Queen. He is known as one of the best investors of all time. Currently, his net worth is $102.8B, as per Forbes.

In 1869, Buffet’s family was brought up in Omaha, Nebraska, U.S. His great-grandfather Sidney Buffet left the farmer’s life in Long Island, New York, to go west. He (Warren’s Great Grandfather) started working as a stagecoach driver.

Later, he opened a grocery store. Sidney earned a decent profit by valuing every penny and soon expanded the business to meet Omaha citizens’ demands. In 1915, His son Ernest (Warren’s grandfather) took over the store and moved its location from downtown to the suburbs.

Over time, Ernest made huge profits and reinvested in the business. However, Ernest’s son Harvard Buffet (Warren’s father), was not interested in the grocery business. After graduating from the  University of Nebraska, Harvard started his career at an insurance company. It was the time when Warren Edward Buffet was born.

Warren Edwards Buffett was born in Omaha, Nebraska, on August 30, 1930. The 2nd child and the only son of Leila and Congressman Howard Buffett. As a boy, Warren Buffett was always good with numbers and could easily do complex math calculations in his mind. At age 8, he started reading his father’s books on the stock markets; at age 11, Warren Buffett marked the board at the broker house where his father worked. His early years were enlivened with entrepreneurial ventures.

In one of his first business ventures, he sold Coca-Cola, a weekly magazine door to door, golf balls, and stamps. He also worked at grandfather stores. On his first income tax return in 1944. In 1945, as a high school student, he and his friend spent $25 to buy a used pinball machine, which they placed in a local barbershop. They purchased several Pinball machines within the months and installed them across barbershops. Later, he sold the business for $1,200. He was so successful that he told his father he didn’t want to go to college and jumped directly into business. He was overruled.

His education began at Rose Hill Elementary School, and later, he attended Alice Deal Junior high school. After graduating from high school, he went to the business school of the University of Nebraska. While there, he read a new book on investing by a Columbia professor named Benjamin Graham.

It was, of course, The legendary and great investor. He was so involved with Gram’s idea. He applied to Columbia Business School to learn directly from Graham. He recalls that there was instantaneous mental chemistry between Warren Buffett and Graham and that the rest of the class was primarily a spectator.

Not long after Warren Buffett received a master’s degree from Columbia University in economics, Graham Newman invited his former student to join his company, the Graham-Newman Corporation. Warren Buffett became fully immersed in his mentor’s investment approach during his two-year tenure there. In 1956, Warren’s mentor Graham disbanded. Later, Graham retired from the company. In comparison, Buffet returned to their hometown Omaha. Armed with high knowledge of investment, he started a limited investment partnership.

Later, his partnership grew and began with seven limited partners who contributed $105,000. The limited partners got 6% yearly on their investment and 75% of the profits above this bogey; the rest 25% went to Warren Buffett, who, as a general partner, had essentially free rein to invest the partnership’s funds. Over time, his percentage grew from 25 to 29.5%.

As Buffett’s reputation grew, more people demanded he manages their money. In 1962, he began accruing shares in an ailing textile company named Berkshire Hathaway. The same year Buffett moved the partnership office from his home to Kiewit Plaza, where his office is today.

Trained by a scandal involving one of its clients, American Express saw its shares drop from $65 to $35 almost overnight. At the time, he had received this lesson from guru Graham: if the stocks of solid companies are selling below their calculated value, act wisely. He made a bold move to invest 40% of the partnership’s total assets into American Express. Within two years, his shares tripled. They made $20 million in profit.

By 1965, the value of their assets was $26 million. After four years, they explained that he found the market’s highly speculative worthwhile values increasingly scarce. Then, he decided to close the investment partnership. When the partnership separated, investors got their proportional interest. Some members recommended Buffett, and others sought money to manage Bill Ruane.

Bill agreed to manage their money, and thus the Sequoia Fund was born. Others, including Warren Buffett, invested their revenue in Hathaway. Buffett shared had grown to $25 million by the time, which permitted him to control Hathaway. In 1970, he became chairman and CEO of the Company Berkshire Hathaway Inc. From 1970 to now, he h; henvested in many famous and leading companies like Apple, Coca-Cola, Amazon, and more.

Some interesting and most inspiring facts of Warren Buffett:—-