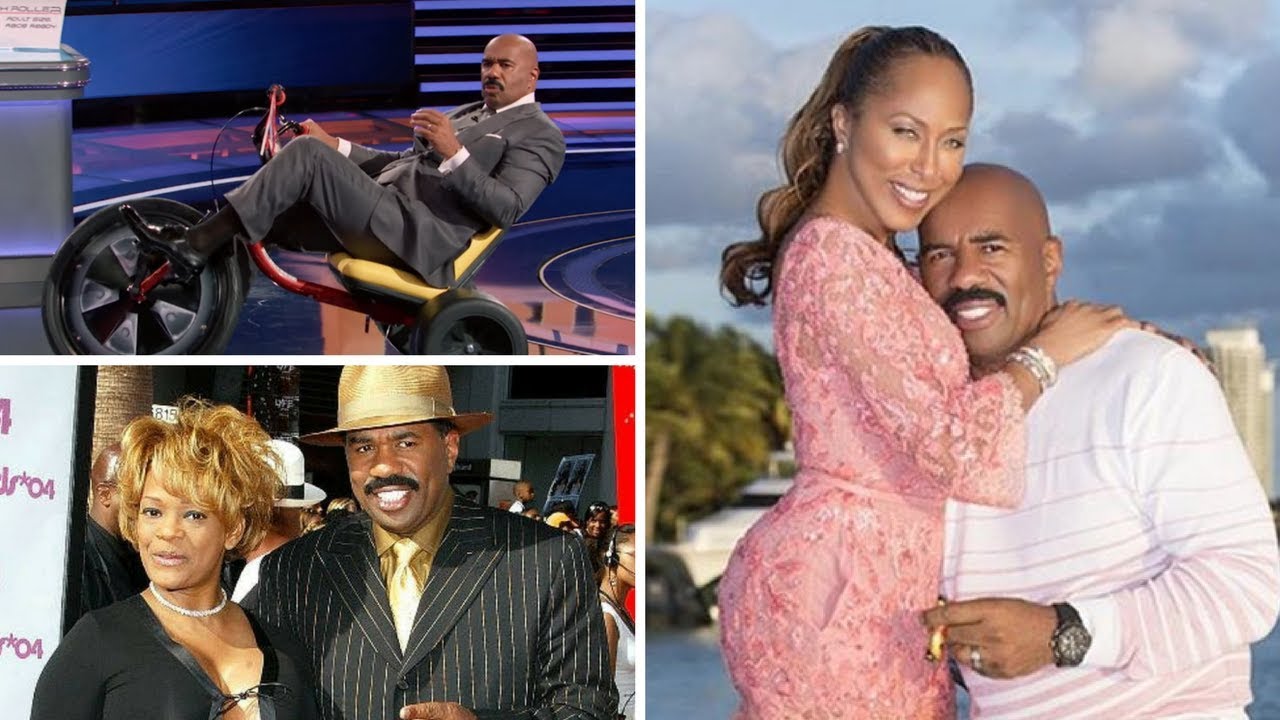 Steve Harvey is a prominent American businessman, actor, author, game show host, and former comedian. Harvey is also the author of the New York Times bestselling book Act Like a Lady Think Like a Man, as well as three other books.

In addition, he is also the founder of the Steve Harvey Global Entertainment Company, a shell company for most of his other successful businesses.  So, considering Steve Harvey’s impressive list of achievements, we will be diving into how this inspiring man came to be in this Steve Harvey Success Story special. “The Dream Is Free. The Hustle is Sold Separately.”

After years of studying the lives of the world’s most accomplished people, we noticed that success leaves clues. It is one of the primary reasons we write success stories about extraordinary people like Steve Harvey. We also chose to write about Steve Harvey because he has an inspiring rags-to-riches story that everyone should know about.

In addition, we also know that every story possesses hidden gems that can inspire us, inform us, and better us in new ways. So, with that being said, if you’re ready to learn how Steve Harvey transformed his life from ordinary to extraordinary, then let’s dive in.

Early Days:—   Steve Harvey had a dream as a young boy. In his early days, when he was just in grade school, he made up his mind that he wanted to become famous and be on television. He was so determined that this was what he wanted to do with his life that he bravely stood before his entire class one day after the teacher allowed every student to tell the class what they wanted to be when they grew up. This was a giant leap for Steve Harvey because he was young, knew little about the natural world, and had a severe stutter. A stutter that many people would use as an excuse for why they couldn’t do something.

Steve Harvey’s decision to stand up in front of his class and tell the world what he intended to do with his life was a defining moment for him. Here’s why; after being asked what he wanted to be when he grew up and sharing his vision with his teacher and his entire class that he wanted to be on Television someday, he was ridiculed. He shared his vision and dreams, and as typically happens to far too many starry-eyed kids with big dreams, someone belittles them.

In Harvey’s case, his teacher tried to snuff out his dream. She assured Harvey that he would never make it onto the television or entertainment industry because of his severe stutter. This teacher levelled with  Harvey that his dream was a pipe dream, especially considering no one in his community ever had or would make it big in the entertainment world.

Challenge Accepted:— But Harvey didn’t let this teacher destroy his dream. Instead, he used his teacher’s doubts as fuel. He took her naysaying as a challenge and committed himself to prove her wrong someday. Now, even though Steve Harvey chose to challenge his teacher’s naysaying, he still had to go through some severe trials and tribulations before he would take his leap.

In fact, before ‘making it”, Steve Harvey spent years bouncing from job to job. He worked as an autoworker, an insurance salesman, a mailman, a carpet cleaner, and many other jobs. That’s right before he became the successful person he is today; he struggled just to make ends meet. But then, at 27, he decided to go after his dream. And this is when things became complicated for Harvey.

Steve Harvey finally took a leap of faith to pursue a career in comedy. And, for the following three years, he would struggle. For three years, he was homeless and living out of his Ford Taurus to continue pursuing his dream.

The Tides Turns:—– For three long gruelling years, Harvey would do small stand-up comedy gigs and local shows to scrape by. Barely making enough money to survive, he persisted on this path as it was part of his plan for breaking into show business. Unfortunately, things would get so bad for Steve Harvey that he eventually found himself having to bathe in the sinks and toilet stalls at hotel bathrooms. It got so bad for Harvey that he hit his breaking point during one of his bathing sessions.

One day while lathering up with soap, and being unable to come out to finish his “bath” for fear of being seen by a flood of men who happened to be in the bathroom because of a break in a conference that the hotel was hosting, Harvey made up his mind to call it quits. Interestingly, on the day Steve Harvey was considering giving up, instead of calling his dad to ask him if he could move back home, he instead decided to check an answering machine his parents set up for him for anyone who was looking to contact him while he was on the road.

Low and behold, on that answering machine was a message from the Apollo Comedy Club inviting him to come to their show. Harvey seized the opportunity, and even though he didn’t have the means to fly across the country to be on the show initially, he found a way. After Steve Harvey landed his debut on the Apollo Comedy Club, which put him smack dab where he wanted to be on television, he never looked back. Harvey proved his teacher wrong.

Upward and Onward:—– Steve Harvey has been on television in some way, shape or form every single day since that fateful day. He became known to many as ‘The King of Comedy’, becoming the host of the Apollo Comedy Club, which would eventually become known as It’s Showtime at The Apollo. He made his way onto T.V. shows, into movies, hosting his T.V. show and becoming the host of the top-rated show Family Feud.

Harvey has had a long, extremely accomplished career in the entertainment industry. And since 2017, he’s been successfully running various businesses under Steve Harvey Global. One important thing to remember is that despite Steve Harvey’s success on the big screen and his accumulation of millions, he had to work for it. Harvey earned every bit of the success he now has, and he did it because he harboured an effective success ethos.

Success Ethos | Harvey Success Story:——-
Steve Harvey’s success ethos is comprised of a handful of key attributes, and the one most responsible for his initial success was, first and most, his willingness to take a shot at making it big. He was willing to risk it all for success, and he did for three long years. Had he never risked going for it, he never would have reached his mountain top of success.

The following success attribute responsible for Steve Harvey’s success was his determination to push through until the end. And even though he seemed like he was about to quit on that fateful day, he showed faith and hope that there was still a chance at success by first calling that answering machine.

Steve Harvey has also shown to have a fierce dedication to his work. He mentioned during an interview how he always makes sure to have something going on in money-making activities. He makes it a point to keep himself busy, never ceasing to have a job/show to work on because he never wants to be homeless again. In short, much of his success can be attributed to a solid work-ethic. Lastly, Steve Harvey attributes much of his success to faith. Harvey is a Godly man who is convinced that had not read and believed in a few passages from the bible, namely sayings, he wouldn’t have had the faith necessary to reach the heights of success he has reached.

In His Own Words:—- Steve Harvey has, in his own words, on multiple occasions, provided us with the seeds of his success. Here are just a few of those instances where he has attempted to use his words to show us the way: “Failure means you’ve now learned another valuable lesson that pushes you one step closer to success.” – Steve Harvey