Monica turned a family tradition into a company that bringing in $200,000 a month! Here’s how- 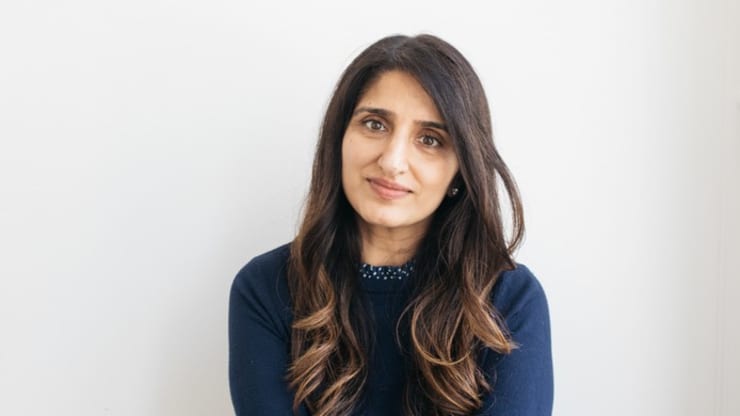 Chai has always been a constant in Monica Sunny’s life. Not the Americanized spicy, sugary version. In India, “chai” means “tea” – and after emigrating from Punjab, India, to Atlanta when she was nine, Sunny and her parents made chai together. They’d mix spices like ginger and fennel, boil them with milk or water on the stove, and strain.

As an adult, Sunny climbed the corporate ladder as a “human performance” consultant for companies like Accenture, Goldman Sachs and Bank of America. She married, had three sons and taught them to make chai, too.

“Chai was the one thing that connected me back to India, to my culture,” Sunny, 48, tells CNBC Make It. “I wanted to instill that in my boys.”

When Sunny made chai during her sons’ playdates, another mom asked why she wasn’t selling it. So, in late 2016, she started a side hustle, launching a website called The Chai Box from her basement. She offered individual tea blends and concentrates but primarily sold variety packs.

The ensuing years were slow. Then, last year, The Chai Box was named to Oprah’s Favorite Things 2021 list ⁠— and the sales bump was immediate. In September and October 2021, the company brought in just over $93,000 in revenue solely off those variety packs. According to a CNBC Make It estimate, that number rose to $377,000 in November and December. (The company declined to confirm revenue numbers.)

According to documents reviewed by CNBC Make It, those monthly sales are sustaining today. But The Chai Box isn’t just an overnight phenomenon. That breakthrough was years in the making.

First hints of traction:—
For the first two years, Sunny says, she operated The Chai Box casually, fulfilling orders once every two weeks. She also started posting “chai meditations” to Instagram ⁠— a 20-minute morning ritual of blending chai in her kitchen.

In 2019, Sunny landed deals to sell concentrates in local coffee shops near her Atlanta home. In 2020, she paid for a booth at  AmericasMart, a local gift tradeshow. There, she sold multiple tea blends ⁠— her “True Blend” mixture, for example, includes orange pekoe, assam and Darjeeling ⁠— gaining several new customers and networking connections.

Sales rose, but Sunny kept her full-time consultant job. Then, in March 2020, Covid hit. Sunny lost her job, and her husband was furloughed. She continued posting her chai meditations, and to her surprise, Instagram users started tuning in. Lots of them. It was The Chai Box’s first major breakthrough. “People started doing their own chai mediations along with me,” Sunny says. “I had doctors and nurses [direct messaging] me from their breakrooms and telling me it was comforting to them to watch while they were dealing with Covid.”″

A woman on a mission:—
Sunny says she only wanted to launch The Chai Box if she could “sustainably and ethically” scale organic ingredients from India. “I wanted to teach people about this drink that is so meaningful to our culture, but also helps you, too,” she says. “Not everyone knows that the spices are   good for things like inflammation, digestion and blood circulation.”

Her father-in-law lived in Kerala, India, a region known for its spice production, so she and her husband traveled there to sample potential ingredients and meet local farmers. Today, The Chai Box ⁠— up to seven full-time employees, including Sunny and her husband, and 20 part-time employees ⁠— directly trades with some of those same farmers.

As business blossomed, the company outgrew Sunny’s basement, moving into a nearby 4,000-square-foot production facility in February 2021. Mere months later, one of Oprah Winfrey’s interns reached out to Sunny, asking if The Chai Box could send samples to be considered for Oprah’s Favorite Things list. At first, Sunny thought it was a mistake. But Winfrey’s team had apparently heard about The Chai Box through one of Sunny’s AmericasMart connections, and watched Sunny’s Instagram chai meditations.

In August, The Chai Box learned that it would make the list. Winfrey’s team helped Sunny start selling chai boxes on Amazon, and arranged for the product to be featured on ABC’s “Good Morning America.” Sunny says the show’s producers  forecasted a sales bump after the appearance, predicting she could sell 3,200 variety packs at 50% off. It wasn’t enough: The discounted packs sold out within seven hours.

The momentum hasn’t stopped. Over the past four calendar months, The Chai Box has sold more than 20,000 units in total — effectively quadrupling its monthly revenue. Its variety packs are set to appear in goody bags at the Academy Awards on March 27, and the Grammy Awards on April 3.

But Sunny insists the sudden traction ⁠— and allure of Hollywood ⁠— hasn’t tempered her original mission. “It’s just so damn fulfilling to have my entire family working here and to watch how chai brings people together,” she says.