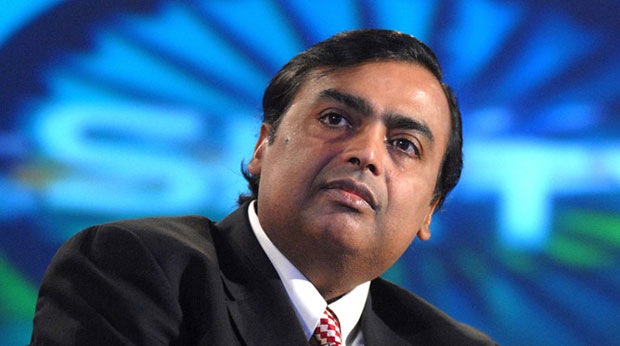 Mukesh Ambani is an Indian entrepreneur; spearheading India’s most valuable company, Reliance Industries Limited, as the CEO and chairman. His company is ranked amongst the Fortune Global 500 with Ambani owning a 44.7% stake, making him its largest shareholder.

He was born on 19th April 1957 in Aden, Yemen. After completing his graduation and gaining a degree in chemical engineering, he enrolled in Stanford University but dropped out a year later when his father insisted that he came back to India to assist him with their company.

Ambani joined the company in 1981 and from that time onwards, his career escalated with great force. He is credited for substituting India’s use of fabric with more innovative materials like petrochemicals and polyester fabrics. His feats include supporting the increase of oil and gas exploration in the country. He set up India’s first private oil refinery known as Jamnagar Refinery, for he which is immensely appreciated.

This refinery is also the world’s biggest grassroots refinery which can produce 33 million tons of oil per year. Mukesh Ambani has truly contributed to his country’s success and made it possible for India to compete at a global level.

He is the board member of several other groups such as Reliance Exploration and Production (chairman), Bank of America Corporation (director and member of the credit committee and the compensation & benefits committee), Council on Foreign Relation, and the Pandit Deendayal Petroleum University (president).

Mukesh Ambani is also the Director of Reliance Europe Limited and the chairman of Reliance Petroleum Limited and Reliance Retail Ltd. Along with this, he owns a domestic cricket club in the Indian Premier League called the Mumbai Indians.

Ambani was ranked as one of the world’s most powerful people by Forbes. He was also included in their list of ’68 people who matter most. In 2022 he is the wealthiest man in India and the second wealthiest in Asia. With a net worth of 100 billion dollars, he is the 19th richest person in the world and the richest in India.

He was also rated as the richest sports owner in the world by Forbes in 2012. With all this wealth Mukesh Ambani enjoys a luxurious life. He lives in Mumbai in a private 27-story building with a worth of 1 billion dollars. Since 2008 his annual salary is nearly 15 crore rupees (150 million rupees).

This dynamic business magnate has been honored on many occasions. In 2010, he received various awards including the ‘Global Vision Award’ by Asia Society, ‘Business Leader of the Year’ by NDTV India, ‘Businessman of the Year’ by Financial Chronicle, and ‘Global Leadership Award’ by Business Council for International Understanding.

The Harvard Business Review named him as the 5th best performing CEO in the world. He also received the School of Engineering and Applied Science Dean’s medal from the University of Pennsylvania.

Ambani spoke at the 83rd general annual meeting of FICCI stating ‘To me, the purpose of business is growth, welfare, and enrichment of the nation at large—by creating jobs and generating wealth. And for that, businesses need to constantly innovate and expand-or else it will stagnate and wither away. And this clearly defines him as a businessman and what has led him to his success.